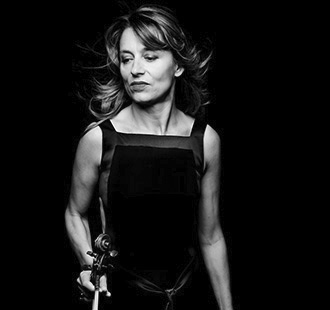 One of the most distinctive and talented violinist of her generation, Agnès Pyka has dedicated most of her life to chamber music. After studying in France and abroad with the greatest masters (Franco Gulli, Mariana Sirbu, Giuliano Carminoglia, Ferenc Rados, Lorand Fenyves…), she created the flexibly sized ensemble and creative laboratory “Des Equilibres” in 2006. She then collaborated with the greatest names in music, notably for the Marseille 2013 opening with Fazil Say on the subject of Turkish classical music, the recording of Bartok duets with Jan Talich and the creation of “Still Point” with Ray Lema, a quintet with piano.

Always keen to explore present-day repertoires, Agnès has worked with many contemporary composers, as in the creation of “Mukae” with François Rossé and traditional dancer No Shiro Daimon, or the development of the educational project “String Games” based on the music of Graciane Finzi. She recently commissioned works revolving around Brahms’ sonatas from composers Nicolas Bacri, Philippe Hersant and Graciane Finzi. These works were composed during a residency at the Scène Nationale “La Ferme du Buisson” in January 2019. In 2020 Agnès coordinates the multidisciplinary project “Une Nuit Transfigurée”, inspired by the paintings of the artist David Thelim, including theatre, music, video and visual arts.

With Des Équilibres, Agnès got many new opportunities: a collaboration with Thierry De Mey and his sister Michèle Anne De Mey as part of a choreographed show, a collaboration with Algerian oud player Nour Eddine Saoudi and his musicians, a performance at the Angkor Vat Temple alongside the National Ballet of Cambodia and more. Agnès has consistently increased the scope of possibilities for classical music over the course of her encounters and her numerous tours abroad (Poland, Switzerland, Canada, Russia, Turkey, Malta, Myanmar, Cambodia, Israel, Albania, Italy, Spain). Her discography has been largely acclaimed by national and international critics: “Quartets and trios”by Sándor Veress (4 **** Classica), “44 duets”by Bartok on Indesens Records, “Navy Strings”:string trios by Cras, Roussel and Bonnal on Arion record label, as well as the first part of a Weinberg Sonatasalbum released in May 2018 by Arion and the second part released in November 2019. 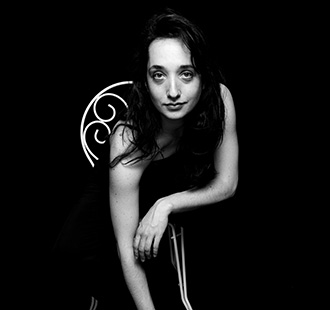 After studying the violin and chamber music at the Music Academies of Boulogne-Billancourt and Rueil- Malmaison (CNR), Marie ORENGA entered Marie-Annick Nicolas’s class at the Geneva Haute Ecole de Musique. She graduated in Interpretation & Pedagogy and to this day continues her educational work in France and Switzerland. She performs regularly with chamber music ensembles and symphony orchestras on an international level, as well as soloist with numerous orchestras. Marie has been a permanent member of the Des Equilibres Ensemble since 2011. 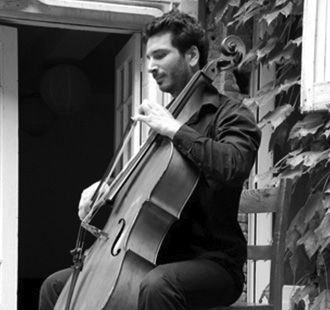 Guillaume LAFEUILLE started his musical studies at the Lille Conservatory (CRR) before enrolling at the CNSM of Lyon, obtaining the first prize in cello. Passionate about chamber music, he teaches cello and plays with numerous ensembles including the Satie Quartet. Guillaume has performed in many prestigious venues both internationally and in France, including the Operas of Lyon, Lille, & Strasbourg, the Musée d’Orsay or the Salle Cortot alongside some of the most famous names in Classical Music. 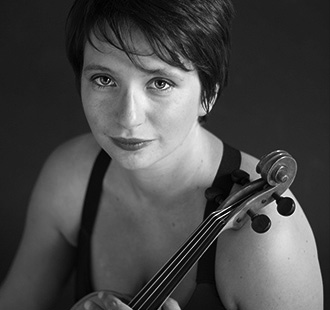 Hélène DESAINT successively studied the viola at the Paris Conservatory (CNR), the Gennevilliers National School of Music and the Conservatory of Lyon (CNSMD) before graduating as a soloist at the Geneva Conservatory. She now performs internationally with chamber music ensembles, orchestras, and as a soloist. Hélène is a member of the Finzi Quartet of London and founded the Zerlina ensemble in 2011. Whilst maintaining her study of classical music, she is keen to champion a more contemporary and modern repertoire. 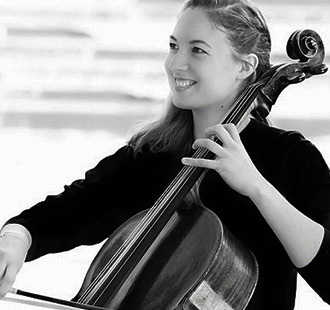 Armance QUERO studied the cello at the Paris Conservatory (CNSM) where she unanimously won the first prize. After following courses by Miklos Perényi at the Liszt Academy of Budapest, she finally enters the Classe d’Excellence of Gautier Capuçon at the Vuitton Foundation (2015-16), and she distinguishes herself in many international competitions. Passionate about chamber music and contemporary music, Armance performed in numerous venues including the Salle Pleyel with the Tosca Quartet, the US Foundation in Paris, Maintenon castle or even the Salle Cortot. 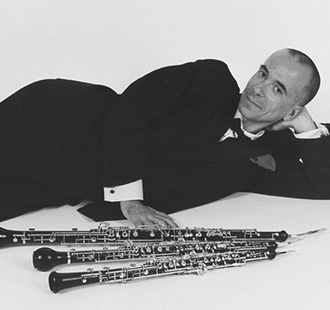 Marc BADIN studied music in Nîmes, Marseille, and Paris (CNSM). He won the first prize in many competitions before perfecting his skills with the talented Alain Denis. While being a qualified oboe teacher at the Conservatory of Toulon (CNRR), he also founded PHASE society for the promotion of the oboe. As a concert soloist, Alain currently plays first English horn at the Marseille Philharmonic Orchestra and regularly plays the oboe with the Muzicatreize ensemble. 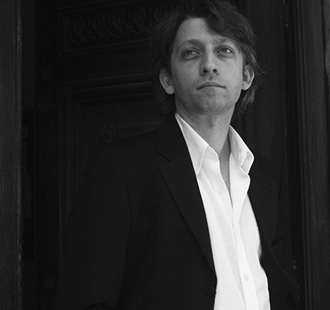 Laurent WAGSCHAL obtained many international awards. As one of the most brilliant and creative pianists of his generation, he has distinguished himself in the last few years by his commitment to promote French repertoire and many unfairly overlooked composers. He regularly performs at some of the most prestigious venues of Paris including Théâtre du Châtelet, Théâtre des Champs-Elysées, Théâtre Mogador, Musée d’Orsay, Radio France, as well as on festivals, abroad, or as a soloist with orchestra. His critically acclaimed discography includes over twenty recordings. 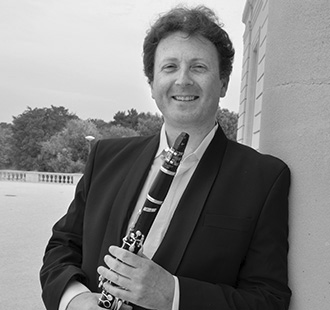 Alain GENG studied at the CM of Mulhouse where he obtained the first prize in 1985. Then, he started working with Guy Dangain and enrolled at the CNSM of Lyon. He continued his education at the Paris Conservatory in the class of Jean-Noel Crocq. After performing with numerous French and international orchestras (Bales, Moscow, Mulhouse and Montpellier), he is appointed principal clarinettist of the Marseille Philharmonic Orchestra. Alain also teaches at the Marseille CNRR and performs at many festivals. 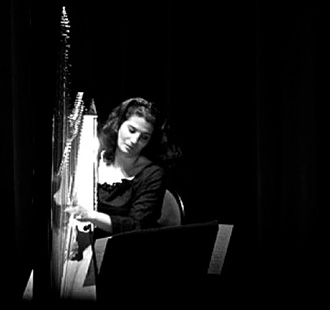 Nora LAMOUREUX started learning the harp at the Conservatory of Cholet (49). Later on, she entered the CNMD of Lyon and perfected her skills at the Atelier XXème (the latter focussing on contemporary repertoire for small orchestras). While being a qualified harp teacher, she also performs with numerous orchestras including the Berlin & Monte-Carlo Philharmonic Orchestras and various other chamber music ensembles. She teaches at the Aix-en-Provence Conservatory (CRD) since September 2008. 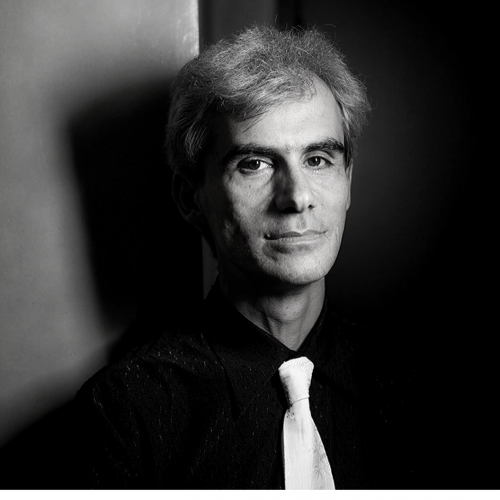 Dimitri Vassilakis studied at the Conservatory of Paris (CNSMDP) where he obtained unanimously the first price in piano. Since 1992, he is a soloist at the Intercontemporain Ensemble which gave him the opportunity to work with composers as Iannis Xenakis, Luciano Berio, Karlheinz  Stockhausen  and  György  Kurtàg. His album « le Scorpion » in collaboration with the « Percussions de Strasbourg » with music by Martin Matelon won the Grand Prix of the Académie Charles-Cros in the category « best recording of contemporary music in the year 2004 ». In 2012, Dimitri went on a tour in South-America where he played all piano solo’s by Pierre Boulez, as a homage to his 80th birthday.

Taking new paths, breaking away from labels, seeing music as an exchange – from the day it was founded, it is the ambition of the Des Équilibres Ensemble to engage their audience in a true conversation. Initially founded in 2006 by violinist Agnès Pyka, the ensemble is a gathering of musicians with different backgrounds. However, despite their differences, they are united by a common desire to create a dialogue between aesthetics and various art forms.

Des Équilibres has always followed its calling as pioneer, blazing a trail through virgin territory, yet without abandoning tradition. The ensemble tackles every aspect of chamber music, from the classical era to contemporary pieces, but is especially passionate about rare or unreleased works of the 20thcentury. Also interested in contemporary music, Des Équilibres commissioned, in 2018, three works inspired by Brahms’ violin sonatas from three French composers (Philippe Hersant, Nicolas Bacri and Graciane Finzi). The result, Brahms Today, was performed in 2019 at the “Ferme du Buisson” theatre.

In 2019/20 the ensemble renewed its partnership with the Ferme du Buisson as well as with other national stages for the creation of the large multidisciplinary project Transfigured Night, including visual art, music and video. Hence, the broad spectrum of the Ensemble’s repertoire continues to expand. This also reflects their flexibility: depending on the program, they perform all possible combinations from duo to octet.

The interplay between convergence and contradiction is the driving force in creating a program that brims with enriching encounters. For example, in 2008, Des Équilibres collaborated with choreographer Michèle Anne De Mey on music composed by her brother, Thierry De Mey. In 2009 they joined forces with Shiro Daïmon and François Rossé to create «Mukae», a dialogue between Western tradition and the Japanese art of improvisation. They also explored the classical Algerian music of Nour-Eddine Saoudi in “Regards Croisés sur l’Algérie” in 2013. This was followed by a collaboration with jazz pianist and composer Ray Lema on “Still Point”, from 2014 to 2015. Joining up with Turkish pianist Fazil Say, Des Équilibres took part in the opening concert of Marseille-Provence 2013. Throughout 2018, the Ensemble shared the stage with the Atar Trio in a journey through contemporary Israeli music.

Although the “Musiqu’en Cité(s)” festival in Marseilleis is considered to be the home of the Ensemble, the musicians never stopped travelling: Cambodia and Myanmar in 2013, followed by journeys to Germany, Hungary, Canada, Russia, Turkey, Albania, Algeria and Morocco. In 2018, a series of concerts brought the Ensemble to Israel, Italy, Spain and Malta.

Their taste for discovery is illustrated by a discography that is anything but repetitive. In 2011, Des Équilibres became the first to record Sándor Veress’ string quartets (released by Hungaroton Records and rated four stars by the magazine Classica). In 2013, they collaborated with the Talich Quartet’s first violinist to record Bartók’s 44 Duos for Two Violins (Indésens Records). Then in 2017, they released the album, “Des Cordes Marines”, with recordings of string trios by Jean Cras, Albert Roussel and Joseph-Ermend Bonnal (Arion Music). Recently, in 2018, Agnès Pyka and Laurent Wagschal recorded three sonatas for violin and piano by Mieczyslaw Weinberg. This would be the first part of a series that was completed with a second album (Arion Music) in 2019 in collaboration with pianist Dimitri Vassilakis. 2020 will bring us the opportunity to record the brand new compositions by Philippe Hersant, Nicolas Bacri and Graciane Finzi, even as the sonatas from Brahms by which they are inspired.