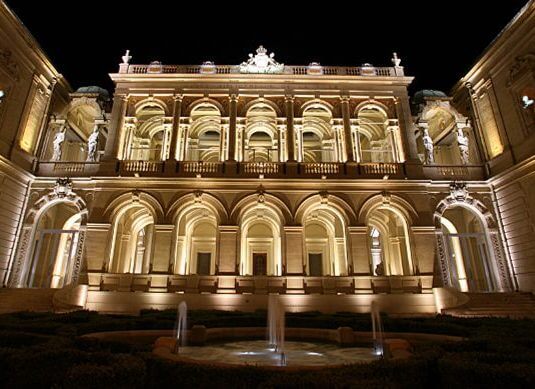 On the occasion of the 13th European Night of Museums, the ensemble Des Equilibres, delighted to participate in this ode to culture celebrated all over Europe, offers two concerts of string duets: An emblematic programme of violin and viola duets, including Mozart and Handel / Halvorsen: the unmistakable duet number 1 K423 by Mozart and the celebrated Passacaglia written first by Handel, then reinvented a century and a half later by Halvorsen. The second part of this evening will be dedicated to the violin and harp duet. There is the thrilling and virtuoso intensity of the single movement “Fantaisie” by Camille Saint-Saëns (1835-1921), the familiar religious mediation from the intermezzo of Jules Massenet’s opera “Thaïs” (1842-1912), known by all as “Meditation from Thaïs”, and finally “The Source” by Alphonse Hasselmans (1845-1912) for harp alone.