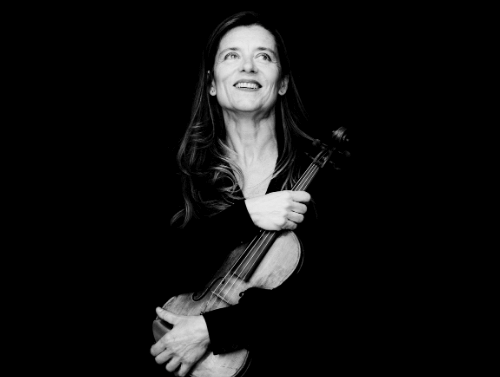 Journey with a solo violin

la Scène Nationale la Ferme du Buisson gives the floor to the public by inviting them to organize concerts at their home. Agnes Pyka takes up this uncommon challenge with a solo recital. The close relationship with the public creates a special connection and the presentation of the performed works brings the music into an intimate atmosphere.

During the concert four centuries of music are crossed following the thread of the violin. In the partita by Bach, the violin symbolises the peak of the baroque art. In the sonata by Khatchatourian, the violin evokes the folklore of the Balkan. De Mey, last but not least, uses the instrument for a very courteous passacaille.